As ChatGPT has taken the internet by storm crossing 1 million users in its first 5 days, you may be wondering what machine learning algorithm is running under the hood.

While ChatGPT uses a specific type of reinforcement learning called "Reinforcement Learning from Human Feedback (RLHF)", at a high level it is an example of a Large Language Model (LLM).

In this guide, we'll discuss everything you need to know about Large Language Models, including key terms, use cases, and more:

What is a Large Language Model (LLM)?

Large Language Models are a subset of artificial intelligence that has been trained on a vast quantities text data (read: the entire internet in the case of ChatGPT) to produce human-like responses to dialogue or other natural language inputs.

In order to produce these natural language responses, LLMs make use of deep learning models, which use multi-layered neural networks to process, analyze, and make predictions with complex data.

LLMs are unique in their ability to generate high-quality, coherent text that is often indistinguishable from that of a human.

This state-of-the-art performance is achieved by training the LLM on a vast corpus of text, typically at least several billion words, which allows it to learn the nuances of human language.

As mentioned, one of the most well-known LLMs is GPT-3, which stands for Generative Pretrained Transformer 3, developed by OpenAI.

With 175 billion parameters, GPT-3 is one of the largest and most powerful LLMs to date, capable of handling a wide range of natural language tasks including translation, summarization, and even writing poetry.

ChatGPT is an extension of GPT-3 and as they highlight in their blog post:

ChatGPT is fine-tuned from a model in the GPT-3.5 series, which finished training in early 2022. You can learn more about the 3.5 series here.

Before we get into more detail about LLMs, let's first review a few key terms to know, including:

The main algorithms used in LLMs

The field of natural language processing, and more specifically Large Language Models (LLMs) is driven by a range of algorithms that enables these AI models to process, understand, and output as close-to human language as possible.

Let's briefly review a few of the main algorithms used in LLMs mentioned above in a bit more detail, including word embedding, attention mechanisms, and transformers.

Word embedding is a foundational algorithm used in LLMs as it's used to represent the meaning of words in a numerical format, which can then can be processed by the AI model. This is achieved by mapping words to vectors in a high-dimensional space, where words with similar meanings are situated closer together.

Attention mechanisms are another important algorithm in LLMs, allowing the AI to focus on specific parts of the input text when generating its output. This allows the LLM to consider the context or sentiment of a given input, resulting in more coherent and accurate responses.

Transformers are a type of neural network architecture that has become popular in LLM research. These networks use self-attention mechanisms to process input data, allowing them to effectively capture long-term dependencies in human language.

These algorithms are crucial to the performance of LLMs as they enable them to process and understand natural language inputs and generate outputs as human-like as possible.

Fine-tuning large language models refers to the processing of adapting a general-purpose model for a specific task or domain.

This is achieved by training the LLM on a smaller dataset that is relevant to the task at hand, for example by providing a set of prompts and ideal responses in order to enable the AI to learn the patterns and nuances of that specific domain.

For example, a fine-tuned LLM could be trained on:

This tailored approach often results in superior performance on the specific task, compared to using a general-purpose LLM like ChatGPT.

As OpenAI writes in their GPT-3 fine-tuning docs:

GPT-3 has been pre-trained on a vast amount of text from the open internet. When given a prompt with just a few examples, it can often intuit what task you are trying to perform and generate a plausible completion. This is often called "few-shot learning."

Fine-tuning improves on few-shot learning by training on many more examples than can fit in the prompt, letting you achieve better results on a wide number of tasks. Once a model has been fine-tuned, you won't need to provide examples in the prompt anymore.

Fine-tuning an LLM can also help to bias that may be present in the original training data. In particular, by using a more focused dataset, the LLM can be trained on a diverse set of inputs, thus reducing the likelihood of discriminatory outputs.

That being said, it's important to note that fine-tuning an LLM does has some limitations. For instance, the performance of the AI model may be limited by the quality and size of the fine-tuning dataset. Additionally, fine-tuning an LLM can be a time-consuming and resource-intensive process as you need to prepare all the prompts and responses, which often requires significant domain expertise.

Despite these challenges, fine-tuned LLMs are an important development in the field of natural langue processing as they offer improved performance and reduced bias for specific tasks and domains.

In addition to fine-tuning LLMS  to improve performance, as you get deeper into the world of LLMs, you'll discover a key piece of generating high-quality output is the "art of prompt engineering".

Understanding the art of prompt engineering

The art of prompt engineering refers to the skillful design of inputs for Large Language Models (LLMs) to produce high-quality, coherent outputs. This is a crucial aspect of working with LLMs, as the quality of the input prompt can greatly affect the quality of the generated text.

Prompt engineering involves carefully crafting the input to the LLM to guide its response in a particular direction. This can involve providing a specific topic or context for the AI system to generate text about, or providing specific words or phrases to incorporate into the output.

Effective prompt engineering requires a deep understanding of the capabilities and limitations of LLMs, as well as an artistic sense of how to craft a compelling input. It also requires a keen eye for detail, as even small changes to the prompt can result in significant changes to the output.

One key aspect of prompt engineering is providing sufficient context for the LLM to generate coherent text. This can involve providing background information or framing the input in a particular way that helps the model understand the context and produce a relevant response.

Here's an interesting thread on how prompt engineering may disappear (or at least change) as LLMs continue to improve:

The limitations of LLMs

Large Language Models (LLMs) are undoubtedly an exciting field of artificial intelligence, however, these algorithms do have several key limitations that are good to understand and consider.

One key limitation of LLMs is their susceptibility to bias.

As we've discussed LLMs are trained on a huge amount of text data, although as you probably know from scrolling Twitter...this input data can include a significant amount of biases present in the data. The result of bias in input data is discriminatory outputs from the AI, reinforcing existing societal inequalities.

Another limitation of LLMs is their lack of interpretability.

LLMs are quite complex algorithms, and deep learning in general is often referred to as a "black box", which makes it difficult to know exactly how and why the model arrived at a particular output.

This can make the output of LLMs difficult to trust and raises questions about their use in high-stakes decision-making scenarios.

Finally, the sheer size and computational power required to train and run LLMs can be a significant limitation. LLMs, and more broadly deep learning, requires massive amounts of data and computational resources, which makes them quite expensive to develop and maintain, not to mention potentiall bad for the environment.

Overall, while LLMs are an impressive development in AI, they also have important limitations that must be considered. As LLMs continue to play an increasingly important part of our day-to-day lives, researchers and developers will need to address these limitations to unlock their full potential.

As discussed, Large Language Models (LLMs) are a type of artificial intelligence that's been trained on a massive corpus of text data to produce human-like responses to natural language inputs.

In conclusion, Large Language Models (LLMs) are an exciting development in the field of artificial intelligence, and with ChatGPT going so viral it seems like their use in day-to-day life is only going to increase in the coming years.

While there are certainly challenges and ethical considerations to be addressed, the potential uses for LLMs are vast and varied.

As LLMs continue to evolve and advance, they are likely to play an increasingly important role in a wide range of industries and applications. So, whether you're a natural language aficionado or just interested in AI, it's clear that LLMs are worth keeping an eye on. 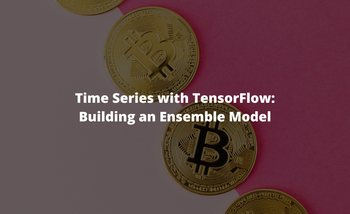 Time Series with TensorFlow: Building an Ensemble Model for Forecasting 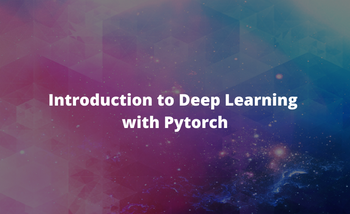 Introduction to Deep Learning with PyTorch 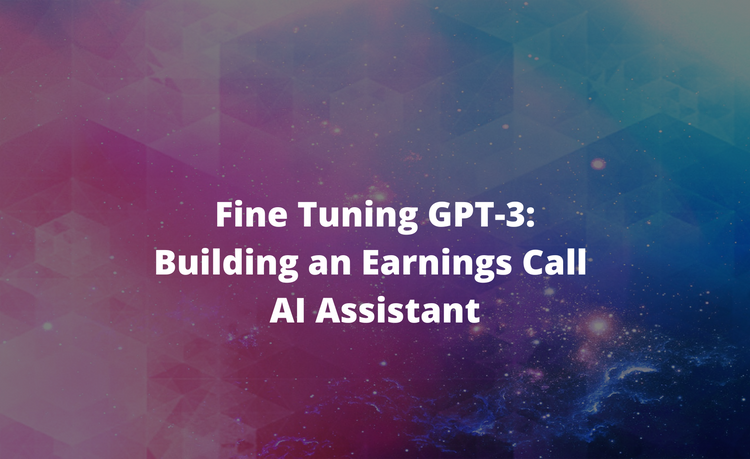 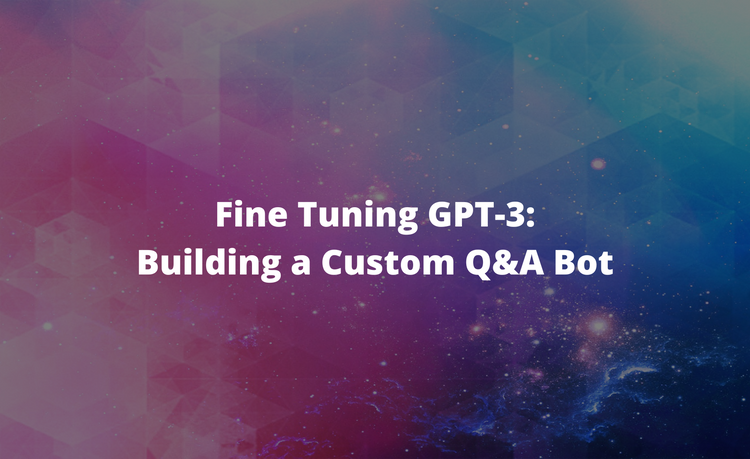 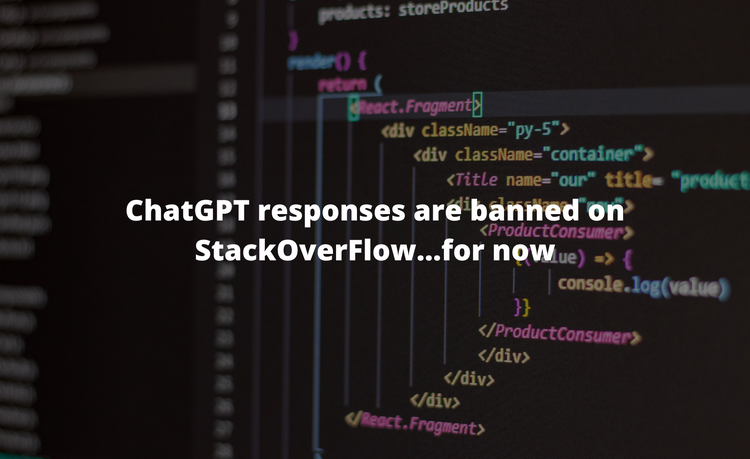