Released in March 2020 by Google, TensorFlow Quantum (TFQ) is a:

The library integrates quantum computing algorithms and logic designed in Google Cirq, and is compatible with existing TensorFlow APIs.

In this introductory guide we'll assume you have some knowledge of TensorFlow, Cirq, and quantum machine learning, although if you need a refresher in any of these topics check out these articles:

The following article is based on notes from the tutorials and paper provided by TFQ, and is organized as follows:

As mentioned in the TensorFlow Quantum tutorial:

As a refresher, Google's Cirq framework is:

As discussed in our article on Quantum Programming with Google Cirq, Cirq is a quantum programming framework that provides basic operations such as qubits, gates, circuits, and measurement.

As described in their article on the design of TensorFlow Quantum:

The next layer is the Keras API, which psans the full width of the stack. Below that we have TensorFlow layers, quantum layers, and differentiators, which enable hybrid quantum-classical automatic differentiation. Next we have TensorFlow Ops, which instantatiate the dataflow graph. TFQ Ops controsl the quantum circuit execution. The circuits can be executed in simulation with qsim or Cirq, and eventually with QPU hardware.

Below is a high-level overview of the the computational steps involved in a pipeline for inference and training a hybrid quantum-classical discriminative model for quantum data with TFQ:

With these two datatype primitives, TFQ provides the following operations:

You can learn more about TensorFlow Quantum design and primitives here.

Now let's look at the first tutorial from TFQ, which:

In order to install the latest stable release of TensorFlow Quantum we use the following commands in Google Colab:

Now that we have TensorFlow Quantum installed, we can import the following dependencies:

‌Before we get into TFQ, here's an example of building a two qubit circuit with Cirq:

We can evaluate circuits using the cirq.Simulator interface. We can also replace the free parameters with specific numbers by passing in a cirq.ParamResolver object:

If we want to convert a Cirq object into a tensor we can use the TFQ function tfq.convert_to_tensor, which allows us to send Cirq objects to quantum layers and quantum ops. The function is called on lists or arrays of Cirq Circuits and Cirq Paulis:

We won't cover the TFQ quantum machine learning examples in this article, although you can find links to the relevant tutorials below: 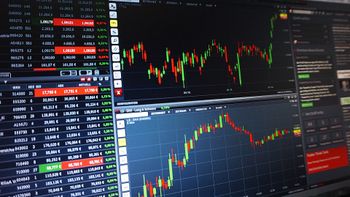 Introduction to Algorithmic Trading with Quantopian